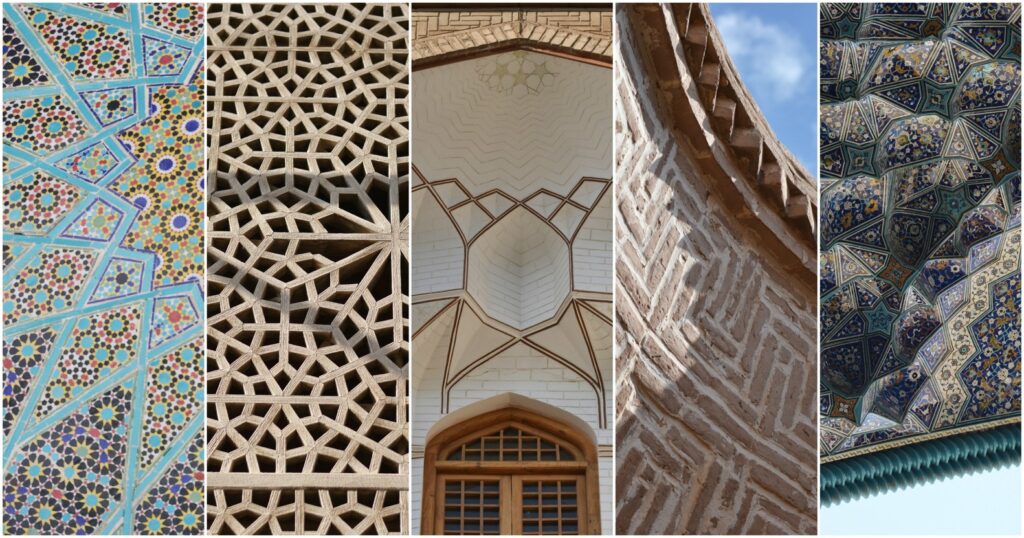 Iran’s geography consists largely of a central desert plateau, surrounded by mountain ranges. Due to the country being mostly covered by earth, sand, and rock, Iranian architecture makes fantastic use of brick or adobe elements. Most of the buildings seen in larger cities such as Tehran and Isfahan are constructed using similar brick-laying methods as can been seen in other parts of the world, but certain constructions, usually ones that date further back, contain incredible geometrical treasures. And it doesn’t stop there – old Iranian architecture often contains a layer of tiles over the brick constructions that can create just as mesmerizing geometrical wonders. The art of creating complexity by using many incredibly simple elements is one that has been mastered in Iran. In an architectural world where construction has become hidden by layers of plaster and plywood, we could learn a lot from the beauty of Iran’s structural geometry, where skin and structure are (almost always) one and the same. 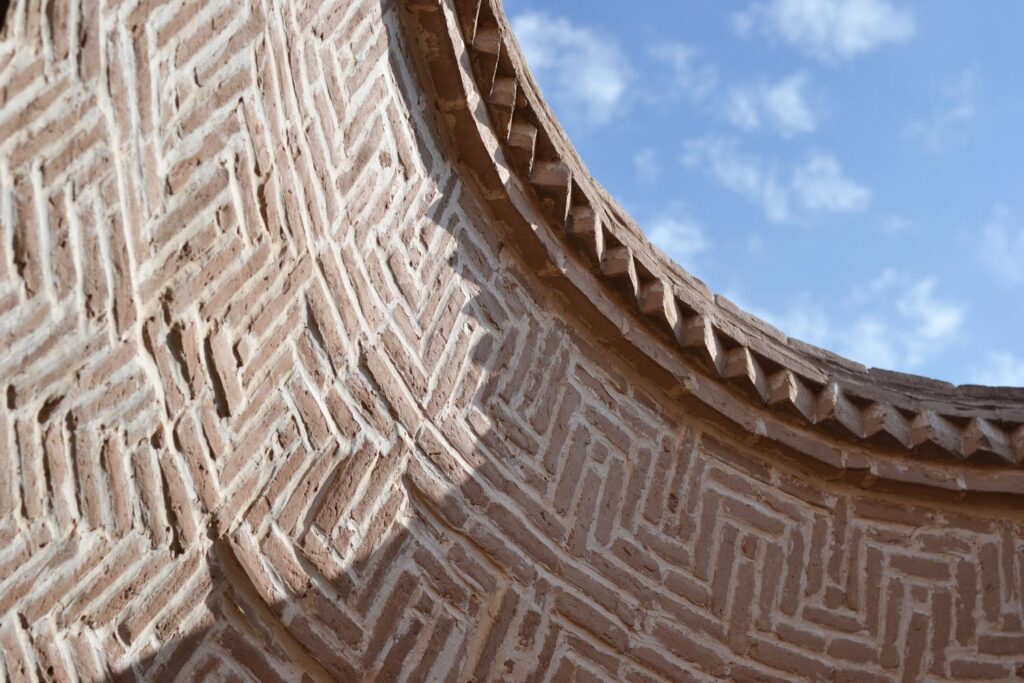 The common brick is something we are all quite familiar with; fired clay in the shape of a rectangular cuboid. Adobe, which most people are less familiar with, is the name for a compressed mixture of sand, silt, clay, water, and sometimes straw, to form the shape of an extruded square that is often seen in Iranian architecture. Different combinations are used to create different forms such as arches or ornamentation. Sometimes the adobe or brick is covered in plaster as protection, creating the impression of a single carved form. 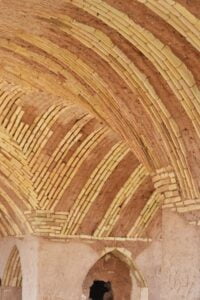 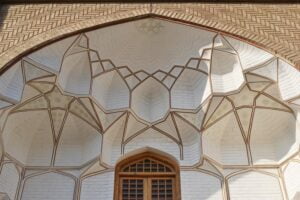 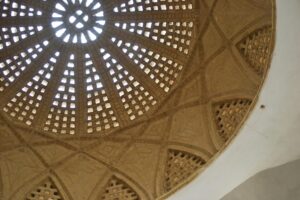 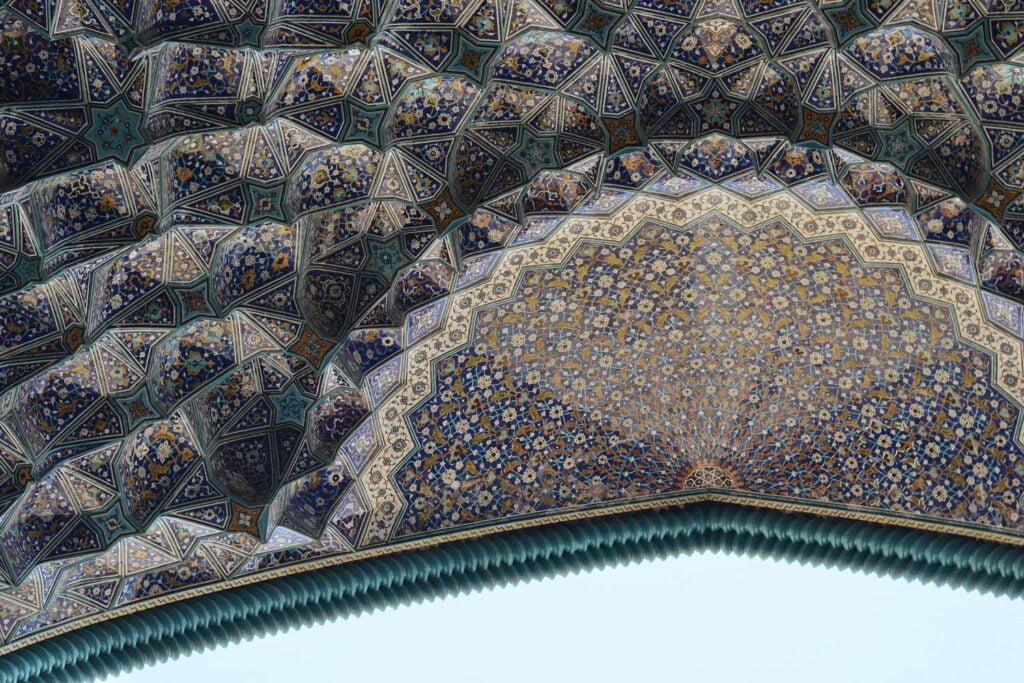 Most commonly seen in mosques, the brick or adobe domes, arches and decorative entrances are occasionally covered in brightly colored tiles. The tiles, like the clay elements, are small individual pieces that come together to form a complex, organic geometry. From afar they appear to be one continuous facade, but up close one can easily see the gaps in between each crooked tile. 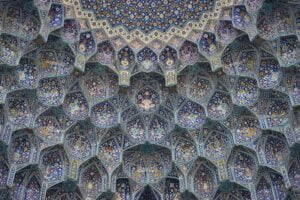 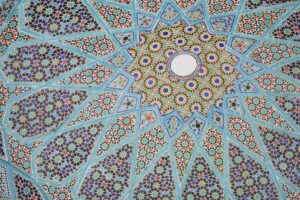 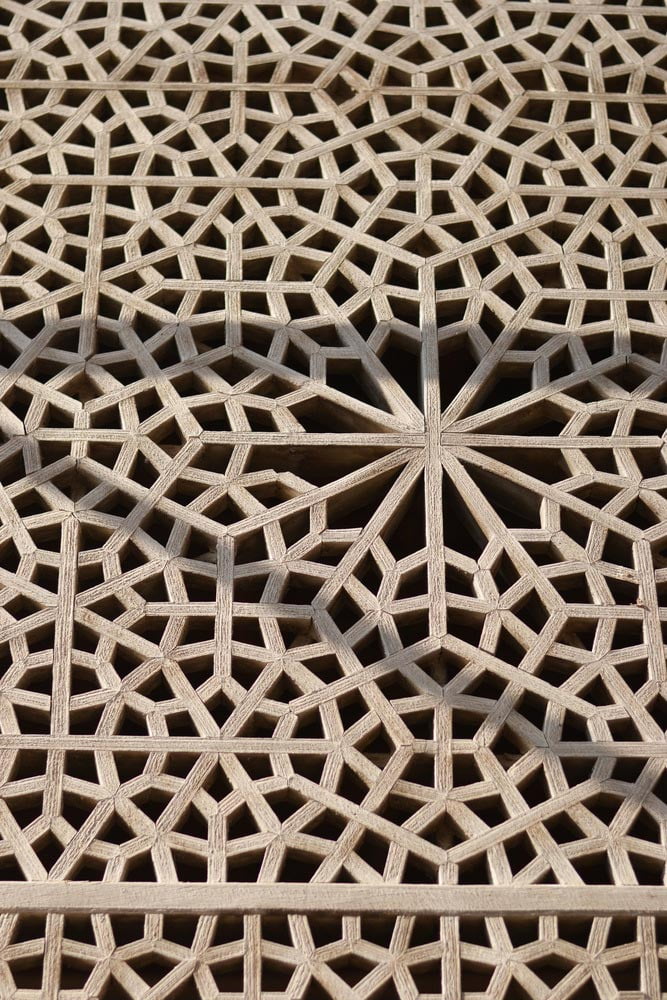 Before architects began installing glass, windows and doors were often made up of beautiful geometric wooden webs, constructed of hundreds of small, wooden sticks, cut to fit together perfectly – another example of the skilled ways in which Iranian craftsmen took a simple element, multiplied it and arranged it in order to create something incredibly intricate. 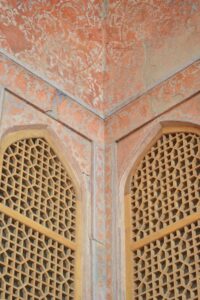 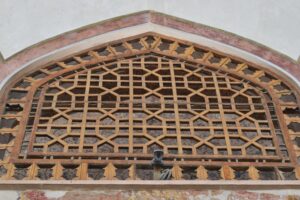 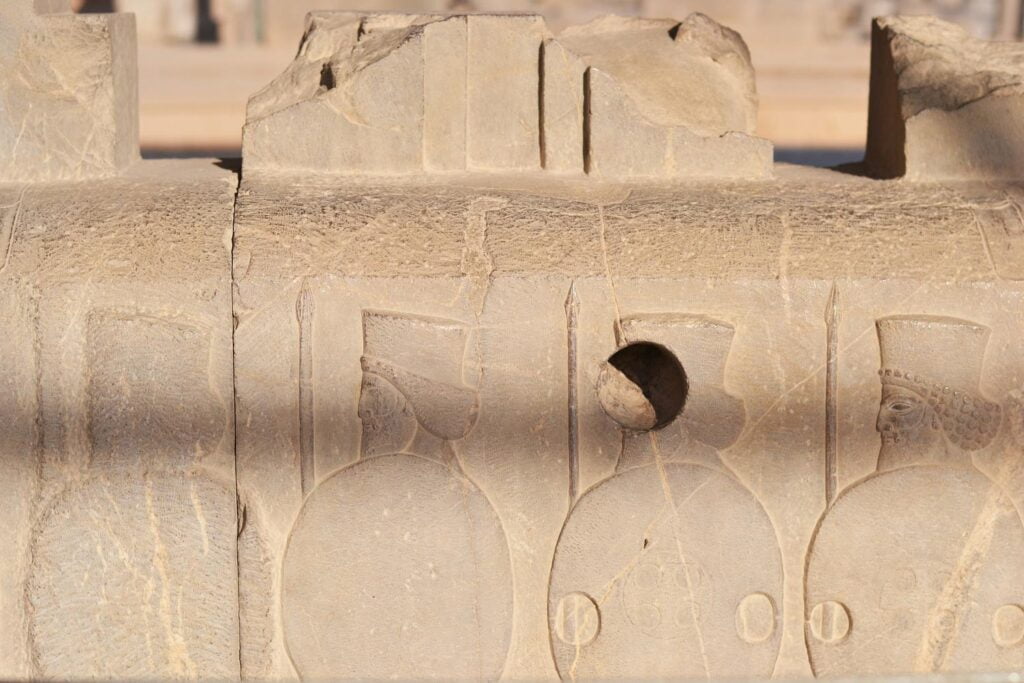 At Persepolis, a site estimated to be over 2500 years old, exists another example of the complexity achieved by building up a series of elementary components. Along the stone walls of the ruins are carvings of people, soldiers, kings, queens, and animals all very nearly perfect in relation to one another. The ability to carve the exact same solider over 10 times in a row without using a template or an automatic machine was achieved by carving them out step by step, just like building a wall brick by brick. One craftsman carved out the general form, another defined it, a third carved out the details, and a fourth focused on the beard and hair. 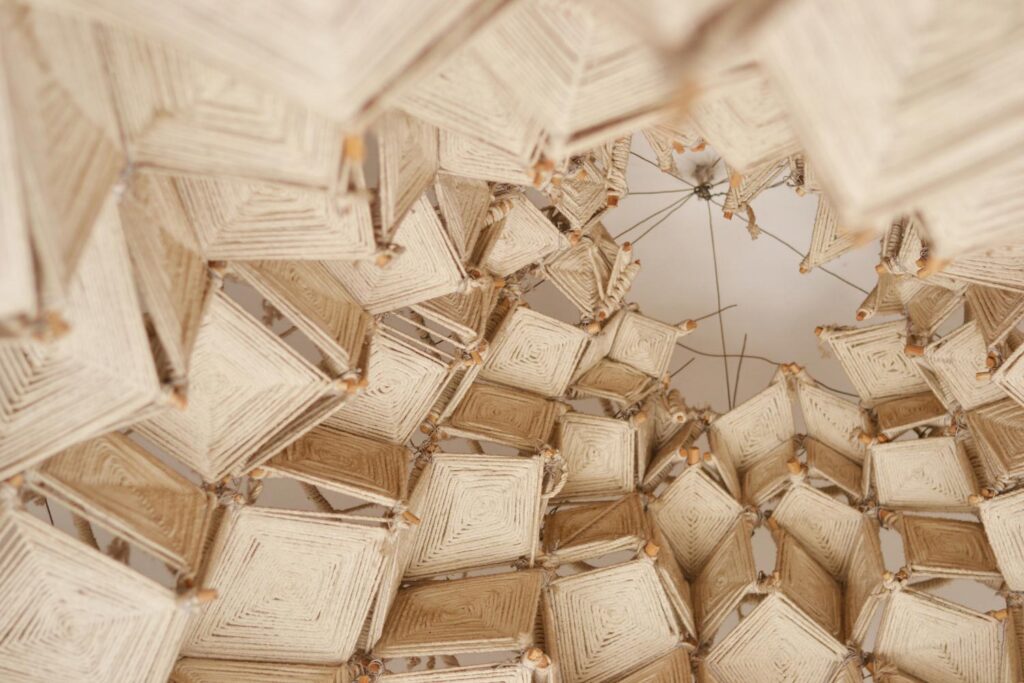 At the architecture school in the desert city of Yazd, students have explored contemporary ways of combining simple elements with a goal of creating a final structure that is geometrically advanced. Examples include textiles, string, and wires, using the design concepts of traditional Iranian handicraft to produce something just as exciting within modern architecture. 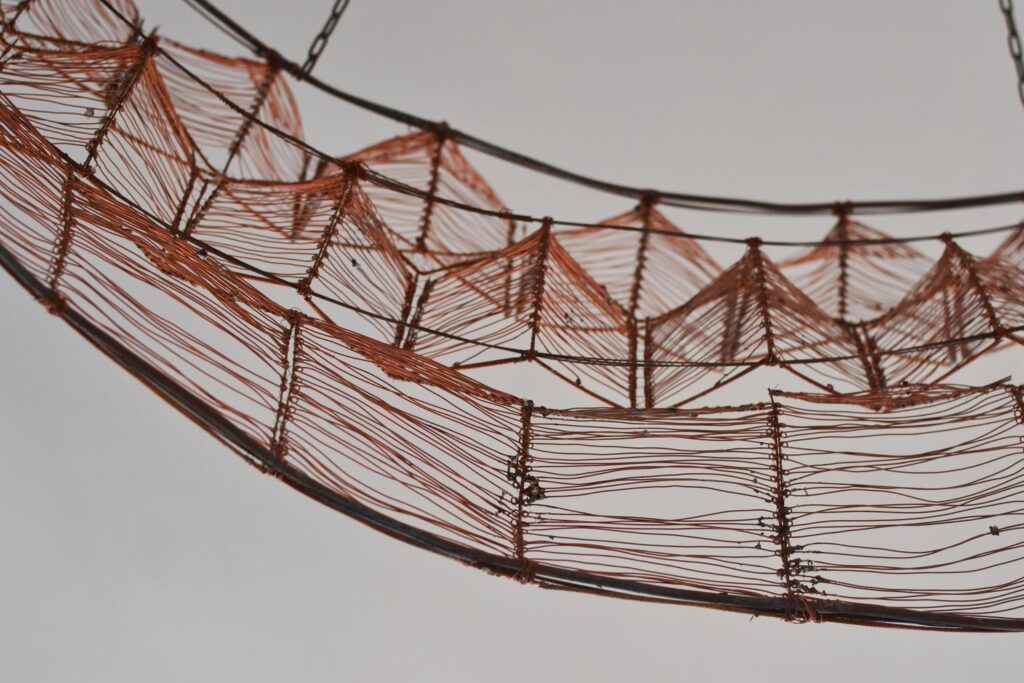